Black Swan State Theatre Company is continuing its successful live broadcasts in 2016 with a sixth broadcast: Molière’s Tartuffe, a new version by Justin Fleming. The production will be broadcast live in high-definition on Friday 4 November 2016 at 7.30pm from the State Theatre Centre of WA in Perth to regional WA audiences over the Westlink network.

Orgon is a wealthy man attempting to come to terms with middle age. Fortunately for him, and much to the dismay of his family, he meets Tartuffe – a supposed man of the cloth. Though everyone else can see Tartuffe for the fraud he really is, Orgon becomes obsessed with him, and it isn’t long before Orgon won’t make a decision without him.
The relationship initially appears to be harmless, however when Orgon begins promising his possessions, his home, even his daughter to Tartuffe, Orgon’s family resolves to expose Tartuffe for the swindler he is.
Filled with biting satire, this adaptation of thumping English verse by Justin Fleming will keep you enthralled with its Australian vernacular and subversive wit.

The live broadcast of theatre performances is an opportunity for thousands of regional WA citizens who cannot attend Black Swan performances, because of distance or financial constraints, to share a state-wide ‘live’ experience within their own home or community. The broadcast is supported by Lotterywest.

“I LOVE all the simulcasts, it is such a friendly way for us in remote area to access the performing arts and it’s always so well filmed, a pleasure to watch.” – Queens Park Theatre, Geraldton 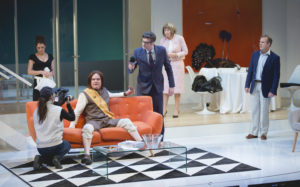 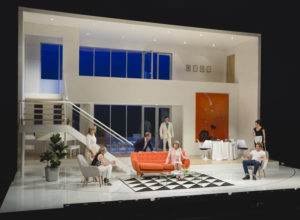 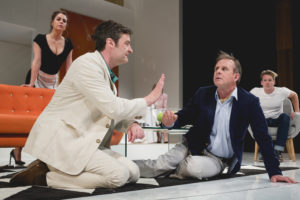 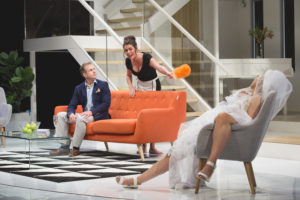