Six Seasons of the South West

“Each season has a plant indicator that flowers in advance of each change,” says Koomal Dreaming’s Josh Whiteland. “Plants, animals and weather patterns coincide with each season, which runs for the duration of every second full moon. This determines where to forage, gather, hunt and camp.” 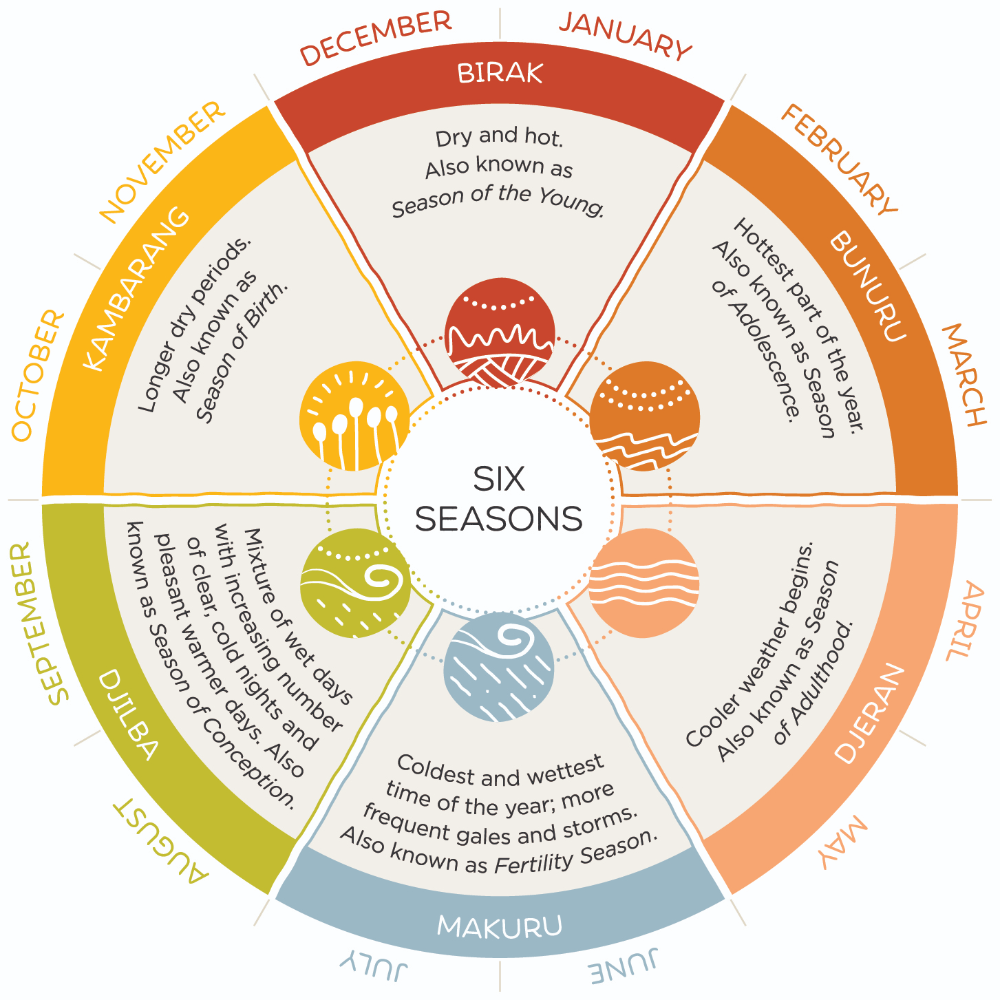 The first inhabitants of Australia’s South West were the Aboriginal people, believed to have had a connection with the land for almost 50,000 years.

Conservationists by nature, they were semi-nomadic hunter-gatherers who followed a six season calendar, still used by Aboriginal people today.

Known as the season of fire and the young, Birak is very hot and dry. Burning of scrub was once done to encourage new shoots to grow.

Long days and short nights signify Bunuru,the hottest of the six seasons. Traditionally this was, and still is, a great time for living and fishing by the coast, rivers and estuaries.

Djeran is marked by cooler nights, dewy mornings and when leaves fall to the ground. Ngari (salmon) are prolific. “Makuru, emu, blood root, yonger and wild potatoes are prolific during this time of the year,” says Poornarti Aboriginal Tours’ Joey Williams.

Djilba is a transitional time of the year, with some very cold and clear days combined with warmer, rainy and windy days. You’ll notice budding djet (flowers) and koola (emu plum) start to fruit. It’s also a great time to catch some djildjit (fish).

Kambarang sees longer and warmer days and less rain. The djet are in full bloom and plants used for mereny (food), medicine, crafts, tools, kaal (fire) and ceremony are collected.