The music, obsessions and passions of Janis Joplin

For the first time in Australia, a production about a rock immortal whose individuality became a hallmark that both shocked and inspired a generation and to this day touches all ages.

On 4th October 1970, Janis Joplin was found dead from a heroin overdose. Lonely, sad and on the inevitable self destructive path of a junkie, Janis was ironically also headed for far greater personal and musical success with her critically acclaimed album ‘Pearl’. Released after her death and embraced by the world then and today as a triumphant album that fuses, rock, jazz and blues with a gritty flavour that marked an era of change.

Pearl – The Janis Joplin Story is an interpretational musical presentation, celebrating a woman who exploded onto the music scene and quickly became the queen of rock ‘n’ roll and mother of thrift shop vintage funk.

Best remembered for her rebellious lifestyle, her distinctive voice and liberal outlook on life and love. She joins the infamous 27 Club.

An extraordinary story interwoven amongst 20 hit songs that shaped an era where love was fearless and rules were broken.

Featuring the extraordinary talents of Cass Eager. Internationally renowned but defiantly grassroots, Cass Eager is one of those rare artists that’s mastered everything from the foot-stomping blues to a sensual slow burner. She’s been called ‘one of the best female singers in Australia’ by Richard Glover (ABC), ’the girl with the golden voice’ (Daily Examiner), and Diesel claims ‘she has a voice so sweet she could sing the phone book and you wouldn’t get bored’.

‘One of Sydney’s most gifted singer-songwriters, whose refreshingly honest, almost Joplin-esque like voice is hers alone, and whose songwriting will spellbind the listener.’ (The Music)

Also featuring Jeremy Edwards, musical director, singer, songwriter and guitarist who has played with U.S blues greats Charlie Musselwhite and John Hammond plus a talented line up of musicians.
Including hits such as ‘Cry Baby’, ‘Move Over’, ‘Piece of My Heart’, ‘Bobby McGee’ and featuring songs from Janis’s greatest influences such as Bessie Smith, Bob Dylan & Leonard Cohen.

Pearl -The Janis Joplin Show will transport the audience into a smoky, jazz, blues vibe from an era best remembered live… mixed with a good dose of pure acid bohemian vintage rock!

The show is suitable for ages 15+ and youth must be accompanied by a legal guardian. Cabaret style table seating available. 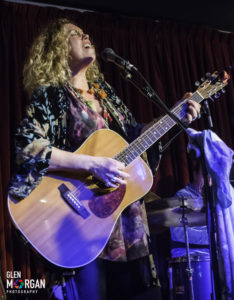 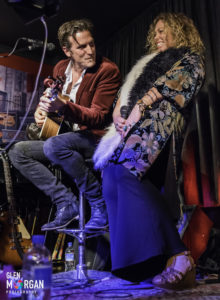