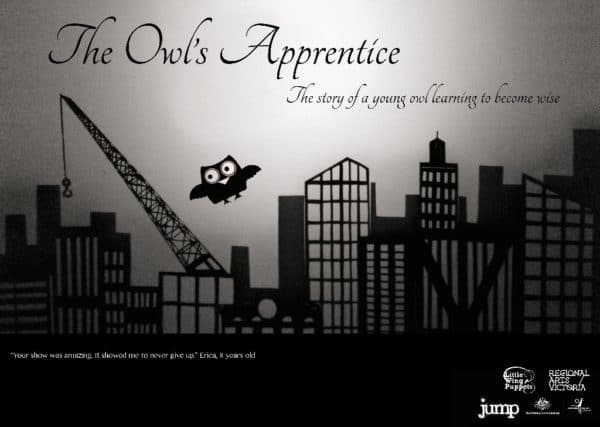 An interactive show using a combination of shadow puppetry, hand puppetry and story-telling suitable for ages 3+

A young owl learning to be wise

A young owl has been sent to study with an older master, Mr. Tawny. He is angry and misses his family. He’s impatient, he throws tantrums, he sulks. He just wants to go home. He knows the only way he can go home is by gaining “wisdom” but he doesn’t even know what it is.

On his way, he finds that wisdom isn’t just knowledge. It is knowledge learned from experience. Not just being guided by the lessons of the past, but being able to adapt to new situati

ons. How can these things be wisdom? Isn’t wisdom just one thing? He is very confused. Mr. Tawny sets for him a test in which he must use all the wisdom he has gained from the animals to guide him. Will he get through?