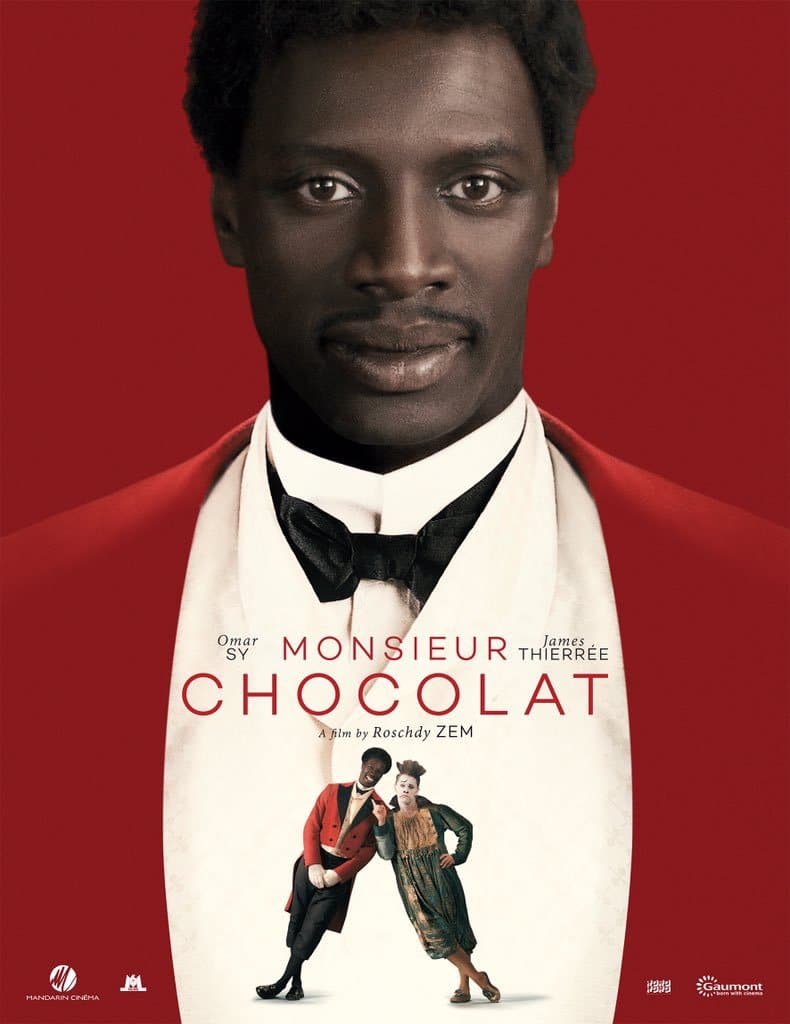 This lively and unmissable French box-office hit details the fascinating rise-and-fall story of the first popular Afro-Cuban artist of the French stage. Lavishly set in stunning Belle Époque Paris, it is beautifully realised through the energised performances of the charismatic Omar Sy (The Intouchables, 2011) and real-life circus-performer (and grandson of Charlie Chaplin), James Thierrée.

During the late 1800s, former slave Chocolat (Sy) is making a living in a provincial French circus performing the role of a tooth-baring cannibal named Kalanka — a surprisingly novel spectacle for the country people who have never seen a black man before. It is here that he impresses established performer George Footit (Thierrée) who takes him under his wing. Together, they develop a routine which catapults them to stardom, glamour and riches in Paris’ Nouveau Cirque. However, the satisfaction of success can only last so long as Chocolat’s desire for equality begins to take hold.