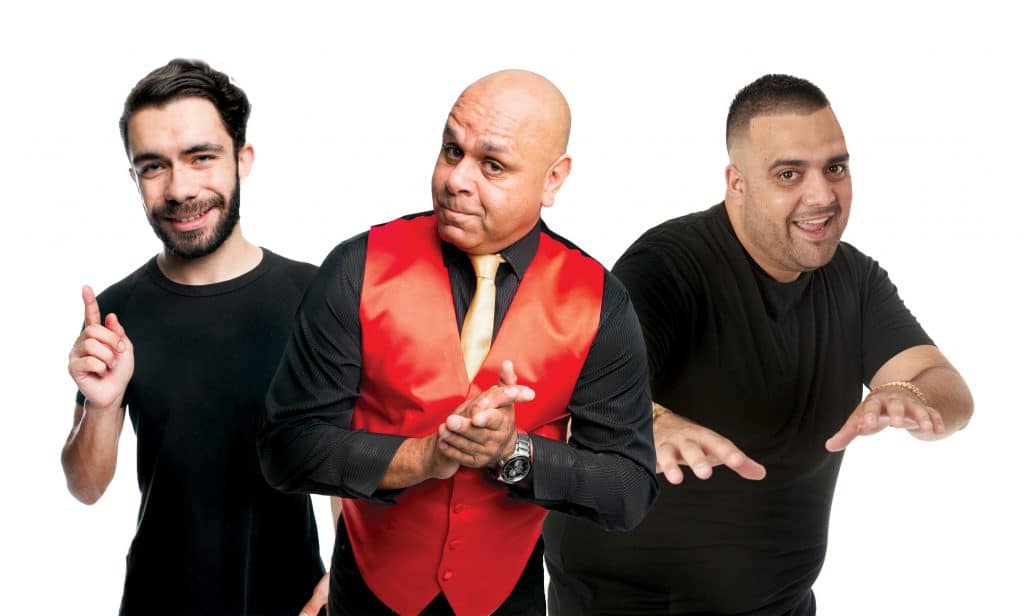 by the Aboriginal Comedy Allstars and Dirty Work Comedy

From the oldest culture on earth, comes the freshest and funniest standup comedy around. It’s the all-original Aboriginal Comedy Allstars showcase – featuring three of the brightest comedy stars under the Milky Way. It doesn’t get more Aussie than this!
The Aboriginal Comedy Allstars is cheeky, playful, irreverent, and hilarious. An utterly unique comedy experience – great, big belly laughs from the heart of the wide, brown land. Suitable for age 16+.
Featuring Kevin Kropinyeri, Matt Ford and Dane Simpson.

“This show is hilarious. Belly aching, cheek hurting, hilarious… See it. See it. See it. ★★★★★” Adelaide Advertiser
“His disarming warmth and cheer draw the audience in as he plays with black and white stereotypes… Kropinyeri brings this far-flung Australia into the heart of the city, and we laugh while sharing his relish for indigenous life. Deadly.” The Age