Jack was born in California and graduated with a BA degree in Field Biology. He taught biology and science for four years before travelling around the world and eventually arrived in Fremantle in early 1974. Jack and his wife loved WA and decided to make it their home, living and working in Geraldton and briefly in Newman.

In 1993 Jack became an Australian Citizen and in 1994 he transferred to Margaret River to teach at the high school when it became a Senior High. After Jack retired in 2003, he began volunteer work at the St Vincent de Paul Charity Shop, and a few years later took on a volunteer role at Arts Margaret River. He was recruited by Carolyn Forte to take on the weekly job of counting the volunteer cinema takings and preparing the floats and in 2007 he joined the Committee of Management and was the Volunteer Coordinator, Vice-President and occasional Event Coordinator. 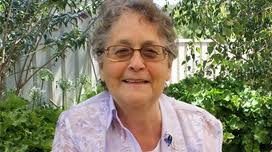