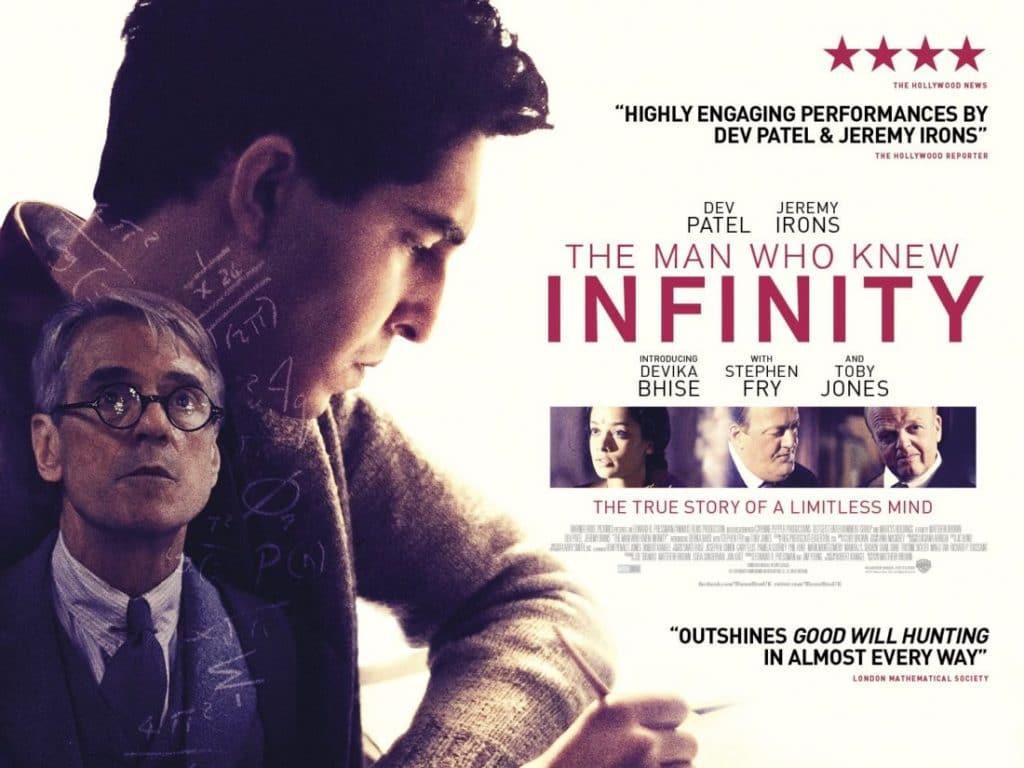 Drama film/ Biography
The film stars Dev Patel as the real-life Srinivasa Ramanujan, a mathematician who after growing up poor in Madras, India, earns admittance to Cambridge University during World War I, where he becomes a pioneer in mathematical theories with the guidance of his professor, G. H. Hardy.

‘This is the very definition of the kind of movie people complain that “they” don’t make anymore, a modestly budgeted, character-driven drama for adults that doesn’t insult the viewer’s intelligence.’
Katie Rife- A.V. Club