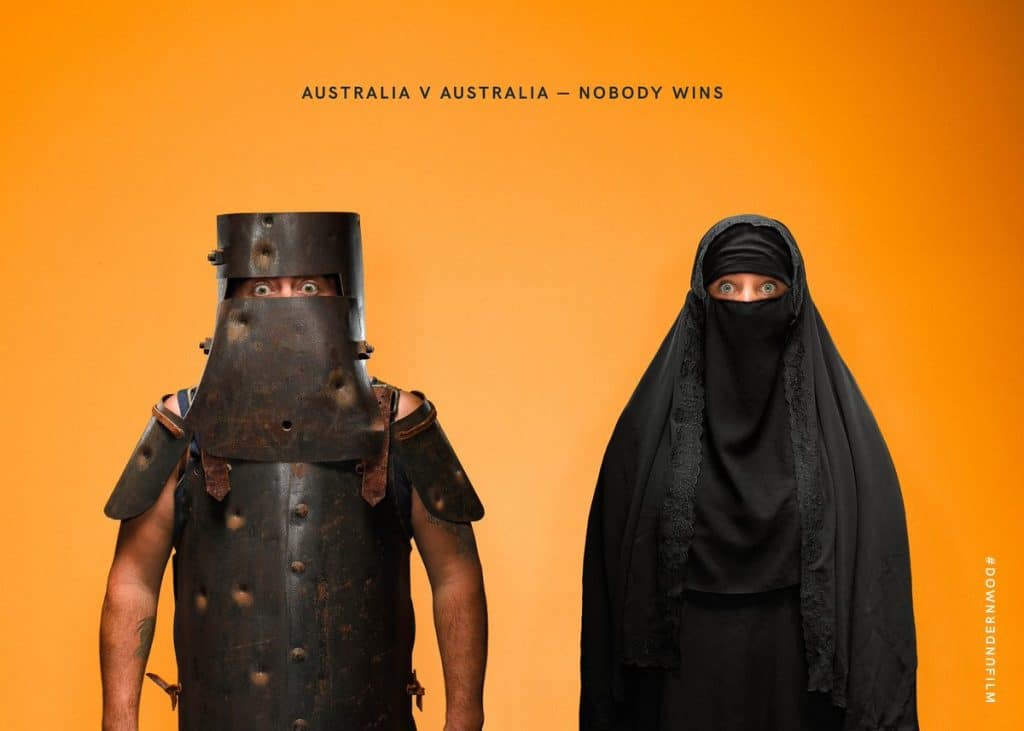 DOWN UNDER is a black comedy set in the aftermath of the 2005 Cronulla Riots. It follows two cars full of angry young Australian men from both sides of the fight, destined to tragically collide with one another.