Sunday Cinema ~ The Eye in The Sky [M] 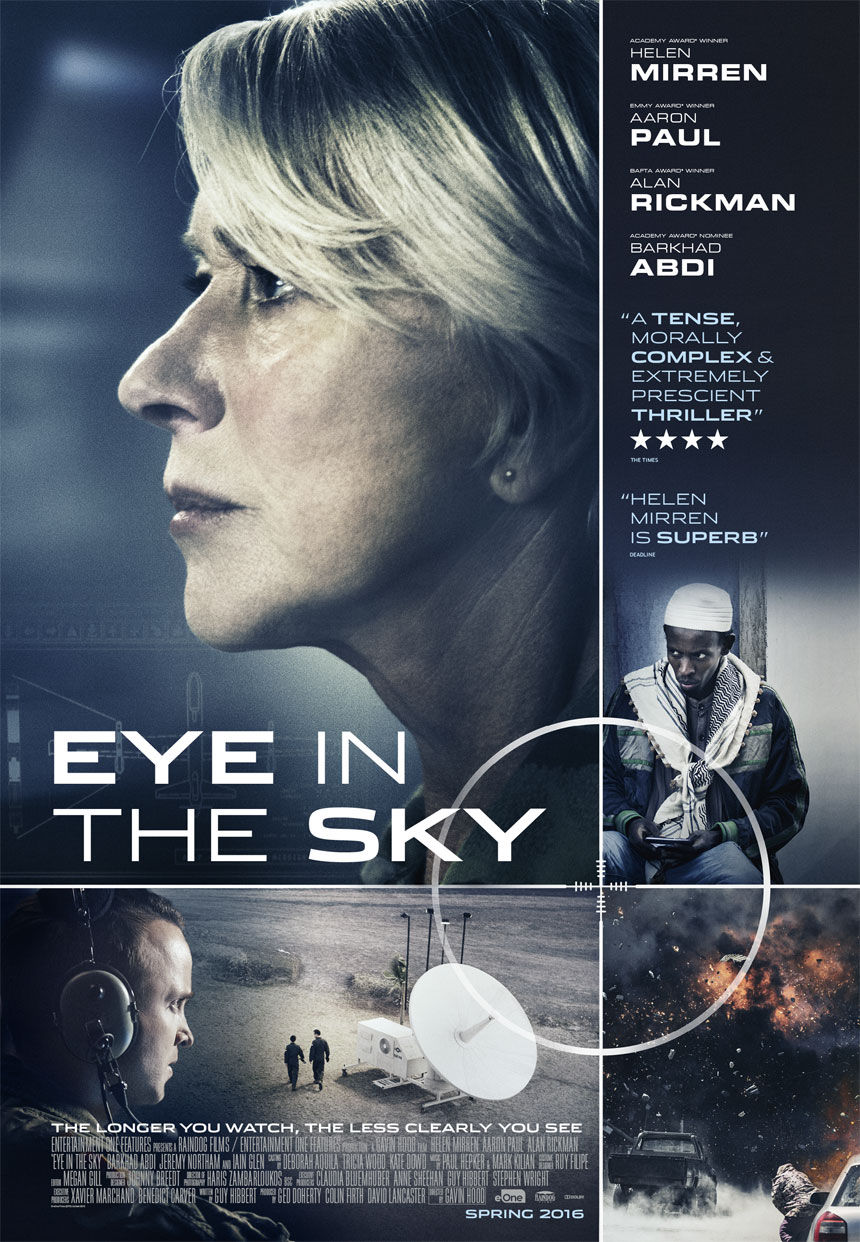 London-based military intelligence officer Colonel Katherine Powell is remotely commanding a top secret drone operation to capture a group of dangerous terrorists from their safehouse in Nairobi, Kenya. The mission suddenly escalates from a “capture” to a “kill” operation when Powell realizes that the terrorists are about to embark on a deadly suicide mission. American drone pilot Steve Watts is poised to destroy the safehouse when a nine year old girl enters the kill zone just outside the walls of the house. With unforeseen collateral damage now entering the equation, the impossible decision of when to strike gets passed up the “kill chain” of politicians and lawyers as the seconds tick down. An edge-of the-seat thriller set on the cutting edge of modern warfare.

‘Alan Rickman and Helen Mirren star in Gavin Hood’s nail-biting thriller that explores the ethics of drone strikes.’
The Guardian