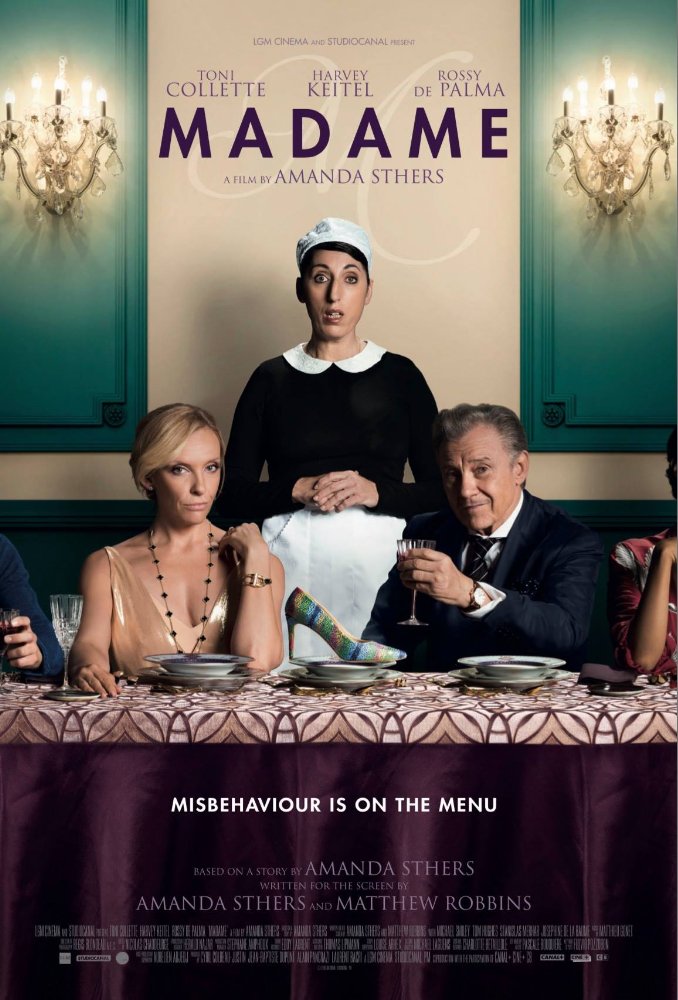 Adding a little spice to a waning marriage, Anne and Bob, a wealthy and well-connected American couple, move into a manor house in romantic Paris. While preparing a particularly luxurious dinner for sophisticated international friends, our hostess discovers there are 13 guests. Panic-stricken, Anne insists her loyal maid Maria disguise herself as a mysterious Spanish noble woman to even out the numbers. But a little too much wine and some playful chat lead Maria to accidentally endear herself to a dandy British art broker. Their budding romance will have Anne chasing her maid around Paris and finally plotting to destroy this most unexpected and joyous love affair.

REVIEWS:
**** ‘There is delight in the simplicity of the fairytale, where happiness is most deserving for those of a kind and compassionate nature. Amanda Sthers’ film Madame is a charming one, a soulful comedy that touches on the notion of class and preconceived ideas that those deemed superficially beautiful are the most deserving of happiness’ ~ Addy Fong (Something you Said)