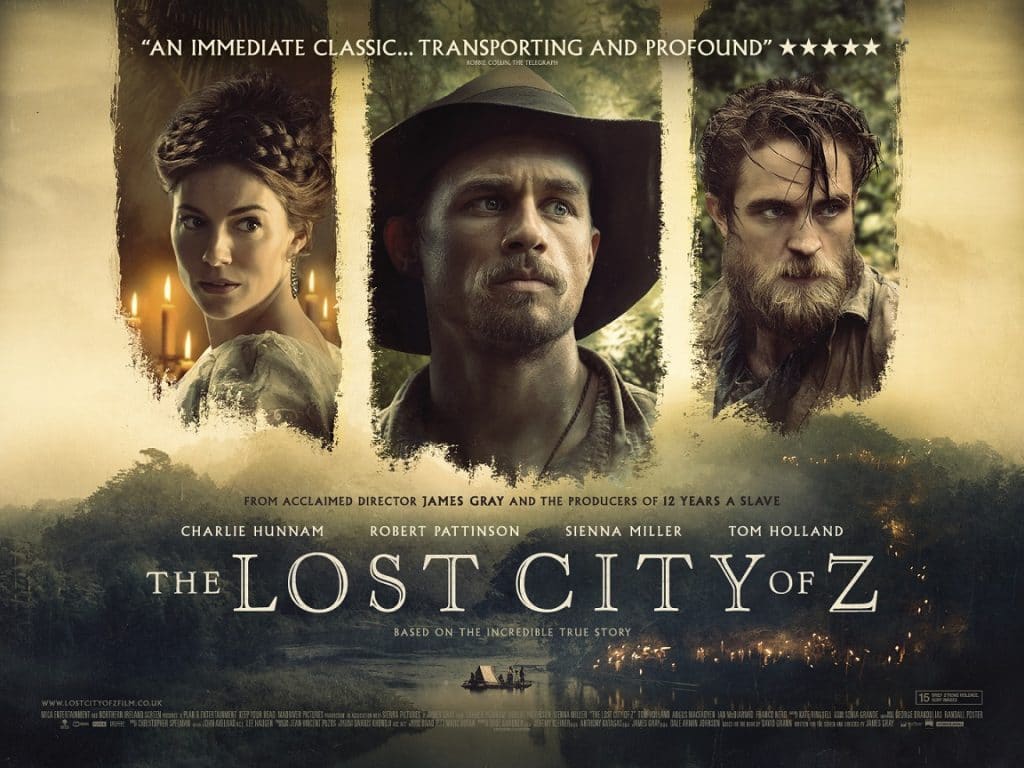 THE LOST CITY OF Z

At the dawn of the 20th century, British explorer Percy Fawcett journeys into the Amazon, where he discovers evidence of a previously unknown, advanced civilization that may have once inhabited the region. Despite being ridiculed by the scientific establishment, which views indigenous populations as savages, the determined Fawcett, supported by his devoted wife, son, and aide-de-camp, returns to his beloved jungle in an attempt to prove his case.

REVIEWS:
***** Rottentomatoes rating: 87%
**** ‘The jungle scenes are marvellous, the ‘savages’ are beautiful and exotic, and the mantra that a man’s ‘reach should be greater than his grasp’ clearly articulated.’ ~ Andrew L. Urban (Urban Cinefile)
**** ‘One of the most beautiful and mysterious of all existentialist adventure films receives a deservedly lush and subtle transfer’ ~ Chuck Bowen (Slant Magazine)