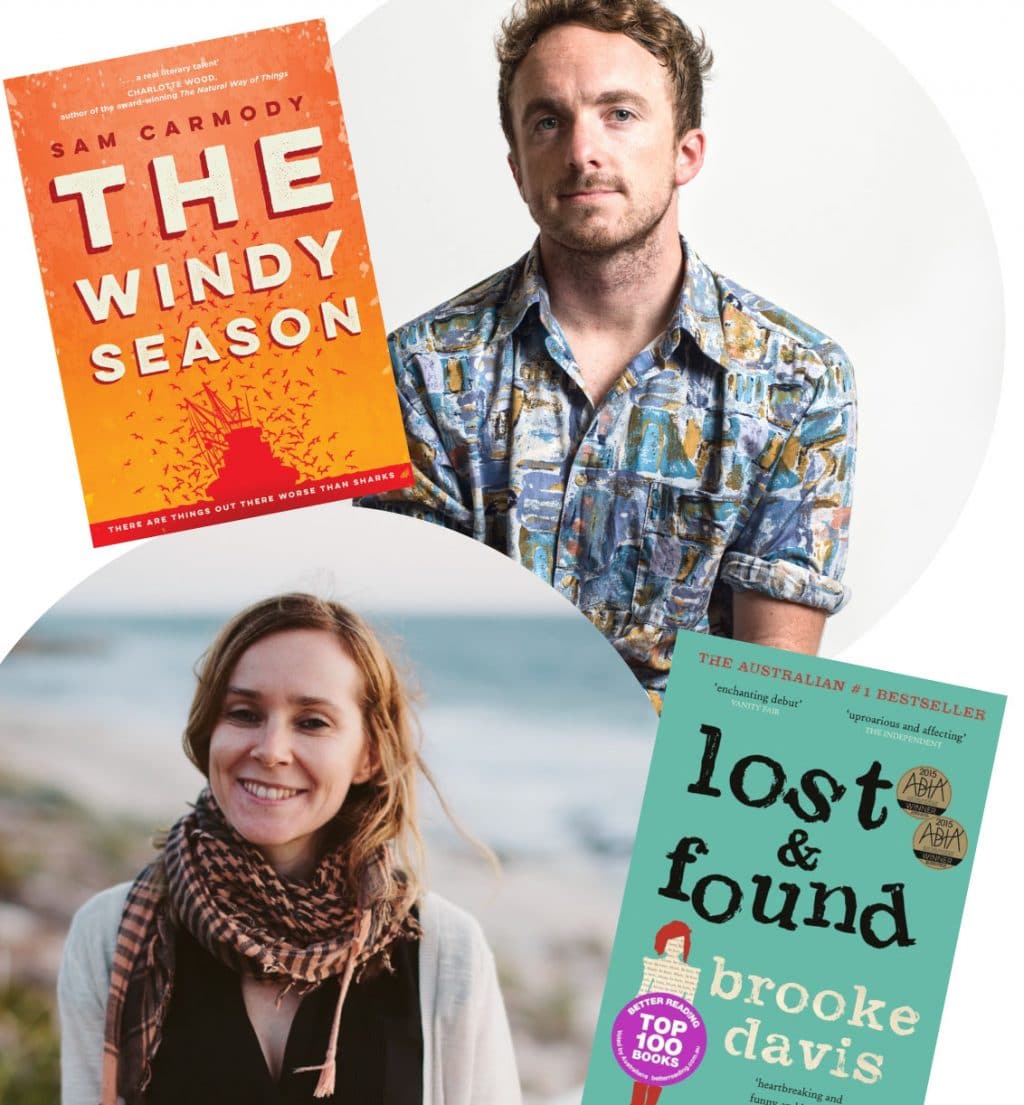 Sam Carmody and Brooke Davis share the stories behind their latest books. Followed by Q&A and book signing.

The Windy Season
Set against an often wild and unforgiving sea, this debut novel unravels the mysteries of an inhospitable West Australian town and its residents.
A young fisherman is missing from the crayfish boats in the town of Stark. There’s no trace at all of Elliot, there hasn’t been for some weeks and Paul, his younger brother, is the only one who seems to be active in the search.
When Paul takes Elliot’s place on the boat skippered by their troubled cousin, he soon learns how many opportunities there are to get lost in the many thousands of kilometres of lonely coastline.
Sam Carmody is a writer and award-winning musician from the mid-west town of Geraldton on the central coast of Western Australia. He is the grandson of the late West Australia novelist and maritime historian, Fred Vines. A previous recipient of the Mary Grant Bruce Award as part of the Fellowship of Australian Writers (FAW) National Literary Awards, his short fiction and non-fiction has been published widely online and in print. Carmody’s first novel, The Windy Season, was shortlisted for the 2014 The Australian/Vogel’s literary Award. He is currently living in Darwin lecturing in creative writing at the Batchelor Institute of Indigenous Higher Education. Sam has been a dedicated surfer and ocean swimmer since primary school, and he maintains an undiagnosed phobia of great white sharks.

Lost and Found
A series of events binds 7 year old Millie Bird, 82 year old Agatha Pantha and 87 year old Karl together on a road trip that takes them from the south coast of WA to Kalgoorlie and along the Nullarbor to the edge of the continent. Millie wants to find her mum. Karl wants to find out how to be a man. And Agatha just wants everything to go back to how it was.
They will discover that old age is not the same as death, that the young can be wise, and that letting yourself experience sadness just might be the key to life.
Brooke Davis grew up in Bellbrae, Victoria. She attempted to write her first novel when she was ten years old, which was a genre-busting foray into the inner-workings of a young teenage girl’s mind—Anne of Green Gables meets The Baby-sitters Club meets Are You There, God? It’s Me, Margaret—titled Summer Sadness. Fortunately it remains unfinished, as she quickly realised she didn’t know the first thing about sadness, or being a teenager. Once she left those teenage years behind, she completed her Honours degree in writing at the University of Canberra, winning the Allen & Unwin Prize for Prose Fiction, the Verandah Prose Prize, and the University Medal. Brooke recently completed her PhD in creative writing at Curtin University in Western Australia, and was awarded the 2009 Bobbie Cullen Memorial Award for Women Writers, the 2009 AAWP Prize for Best Postgraduate Paper, and the 2011 Postgraduate Queensland Writing Prize while there. She loves to sell other people’s books, and is sometimes allowed to do that at two very nice bookshops: one in Perth and one in Torquay. Lost & Found is her first proper
novel.
‘I wanted to explore what it meant to grieve, not as a process that begins and ends and is only about sadness, but as part of life.’ – Brooke Davis

The bar will be open for sales.