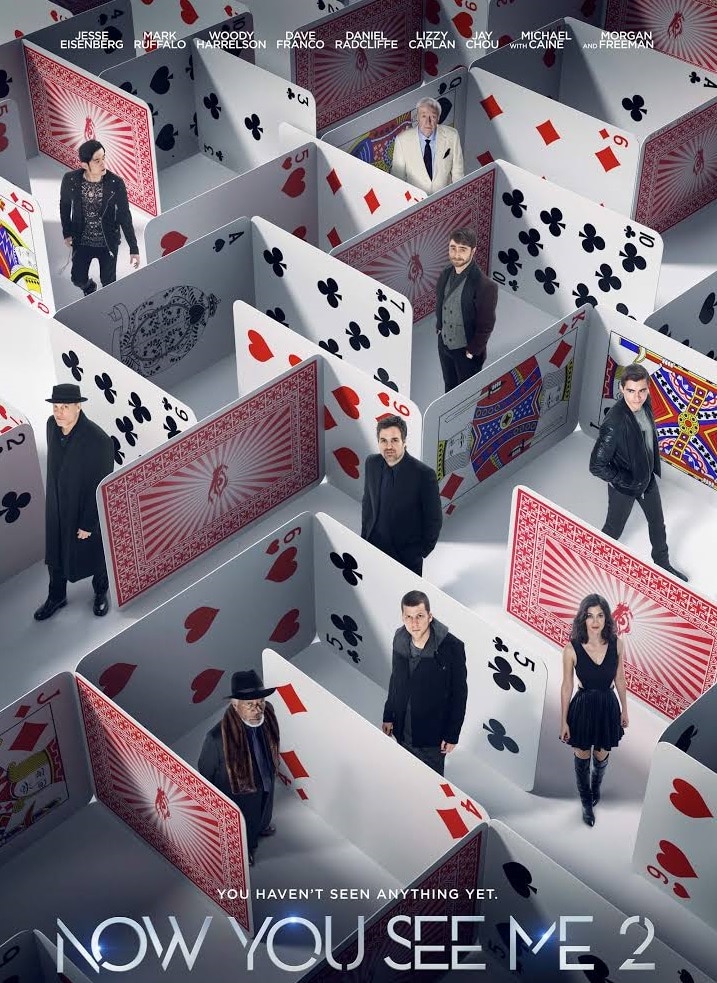 After fleeing from a stage show, the illusionists (Jesse Eisenberg, Woody Harrelson) known as the Four Horsemen find themselves in more trouble in Macau, China. Devious tech wizard Walter Mabry (Daniel Radcliffe) forces the infamous magicians to steal a powerful chip that can control all of the world’s computers. Meanwhile, vengeful FBI agent Dylan Rhodes (Mark Ruffalo) hatches his own plot against Thaddeus Bradley (Morgan Freeman), the man he blames for the death of his father.