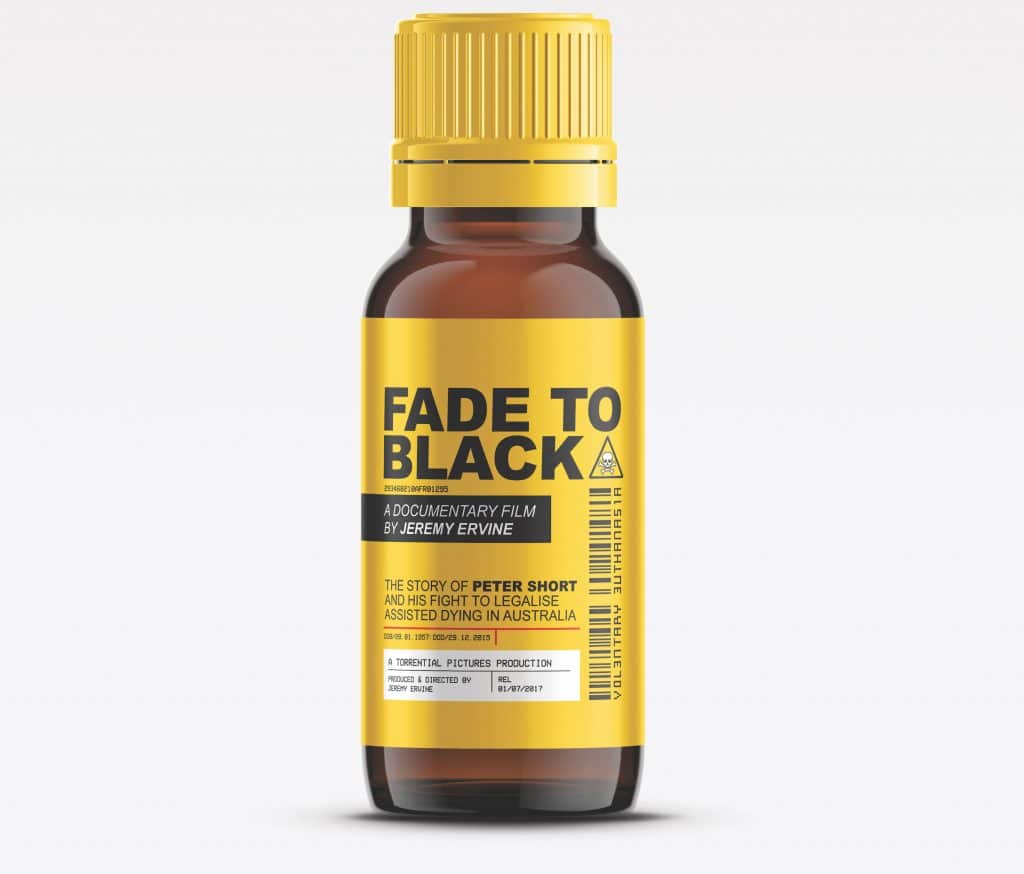 A documentary film about assisted dying in Australia

Peter Short, the charismatic CEO of a major Australian company, learns that he has only months to live after he is diagnosed with terminal oesophageal cancer. Not wanting to face a painful death, Peter decides to source the lethal drug Nembutal, giving him the option to end his own life peacefully. With the help of a rogue doctor who supplies the drug to suffering patients, Peter sets out to have voluntary euthanasia legalised in Australia.

Fade to Black is an Australian feature length documentary film by first time South Australian director, Jeremy Ervine. It was filmed mostly in Victoria, with additional material shot in Canberra, Sydney, Perth, Netherlands and the UK over a two year period.
The film was financed entirely from Crowdfunding raising more than AUD$160,000 from more than 1,000 people making it the highest grossing Crowdfunding campaign for a documentary film in Australia.

A frank, confronting and often humorous exploration of dying and the fight to legalise physician assisted suicide in Australia, this documentary reminds us that the best adventures in life – and death – are those you could have never possibly imagined. Documentary Australia Foundation