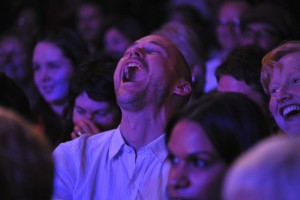 Fifteen years on and still growing, the Roadshow takes the best home-grown and international discoveries and superstars from the Melbourne Comedy Festival to the world. From Hong Kong to Hobart and New Delhi to Newcastle with over 80 destinations in between – we package up and home-deliver laughs to deserving comedy fans.

Coming to Margaret River are the following comedians;

‘….inspired a steady roar of laughter from an appreciative crowd of locals, long-term expats and plenty of Australians’ – HKELD (Hong Kong)

‘My cheeks were sore from grinning’ – South Western Times (Bunbury)