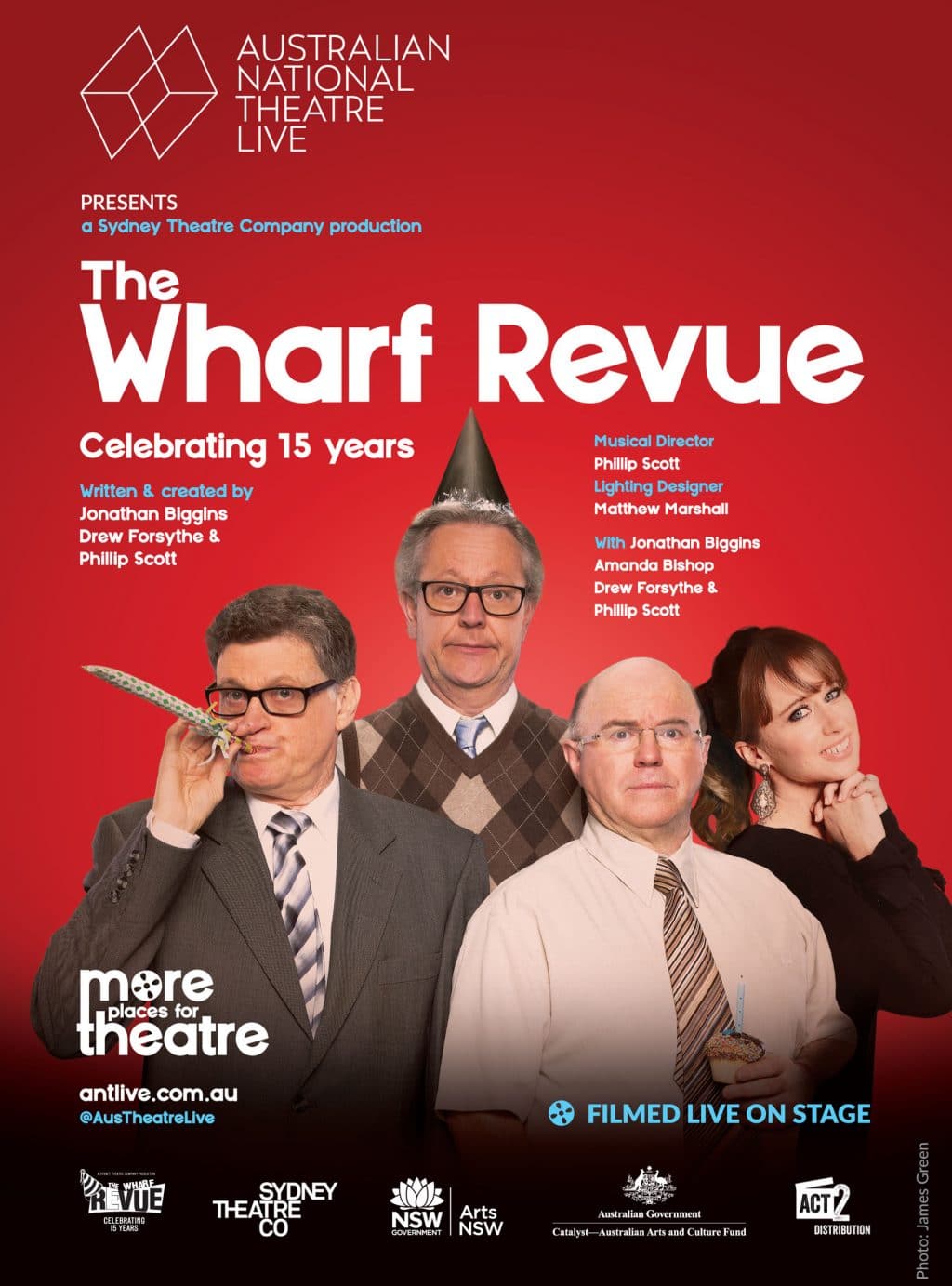 ANTLive in partnership with The Sydney Theatre Company

Over 15 years and 21 shows, they’ve mercilessly mocked all the usual suspects. We’ve watched Howard Tampa with refugees, Rudd give pennies from Kevin, Gillard refuse to be lectured by “that man”, “that man” scrap the carbon tax, stop the boats and – um – get the budget back into surplus… But no one has been able to outplay, outwit or outlast The Wharf Revue. So, we’re throwing a party and everyone’s invited. For the 15th anniversary, The Wharf Revue was a parade of past and present indignitaries – a who’s who of 21st century embarrassments, from the politicians to the celebrities – all skewered on the stake of seriously side-splitting satirical silliness and musical mayhem.