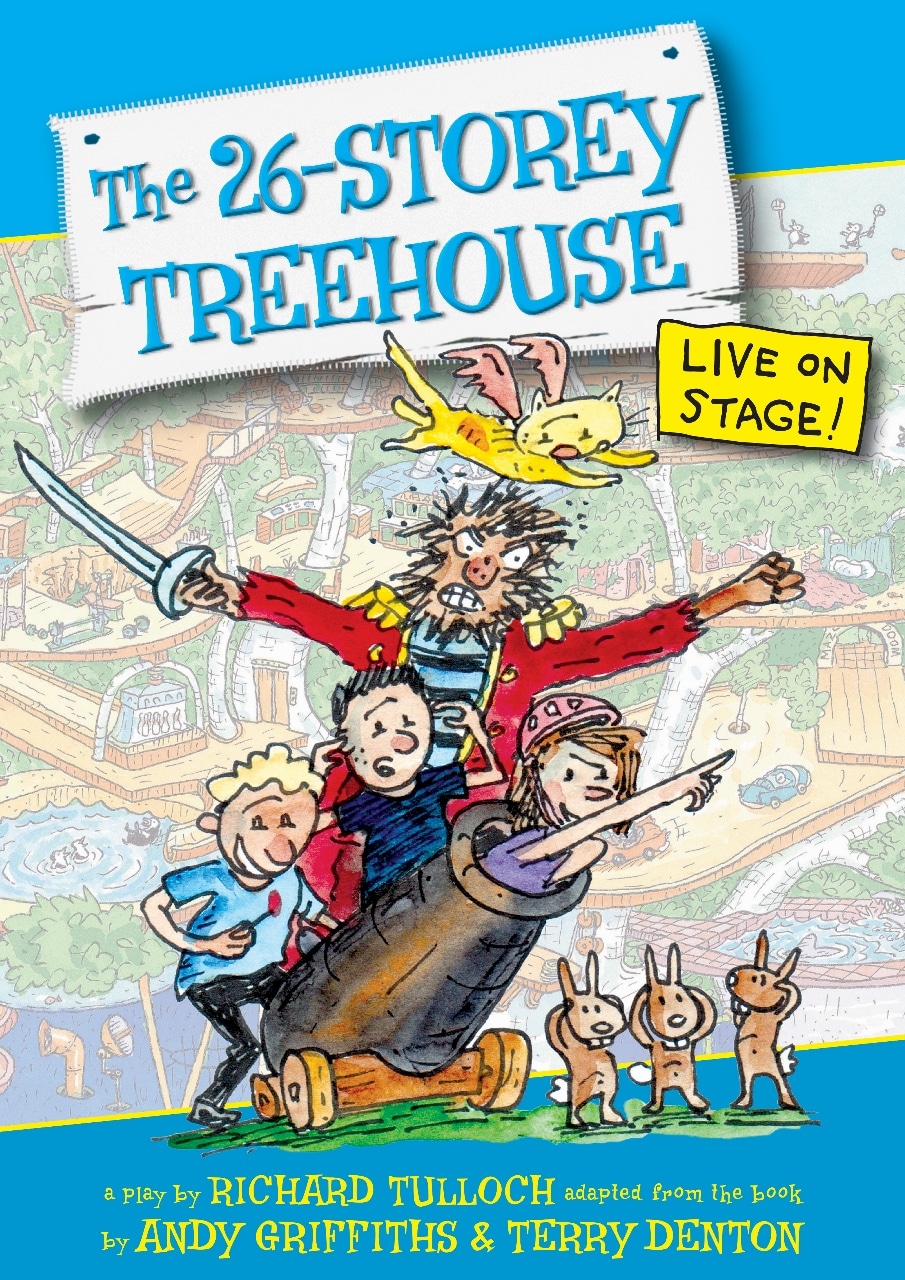 Margaret River audiences have the chance to take a first look at the stage adaptation of THE 26-STOREY TREEHOUSE, Andy Griffiths’ and Terry Denton’s best-selling book, as part of an extensive national tour after its official opening at the Sydney Opera House in September 2014.

This original stage adaptation of The 26-Storey Treehouse follows the highly successful stage production of The 13-Storey Treehouse, which premiered in 2013 to critical and audience acclaim and completed a major national tour in 2014.

Much loved characters Andy and Terry return, along with their friend Jill and the mysterious Hector Houtkop. And of course, the treehouse has another 13 Storeys, and you know what that means…

More INVENTIONS – like the 78 flavour ice-cream-dispensing robot and the brain bamboozling Maze of Doom (not to mention the self-inflating underpants) and more things to go WRONG – not least of which is the very real possibility that the entire show is a complete and utter disaster. Will Andy and Terry push Jill to her absolute limits? Who is this shady Hector Houtkop, with a really bad pirate accent? And what about ALL THOSE PIRATES?

Adapted by award-winning playwright and author Richard Tulloch (The Book of Everything, Bananas in Pyjamas) under the artistic direction of Julian Louis and directed by Liesel Badorrek, The 26-Storey Treehouse is brought to you by the same cracker team that delivered the smash-hit stage version of The 13-Storey Treehouse.

Limited seating available as these shows have been pre-booked by local schools. The remaining seating is available at highly reduced prices of only $10 Children and $15 adults.