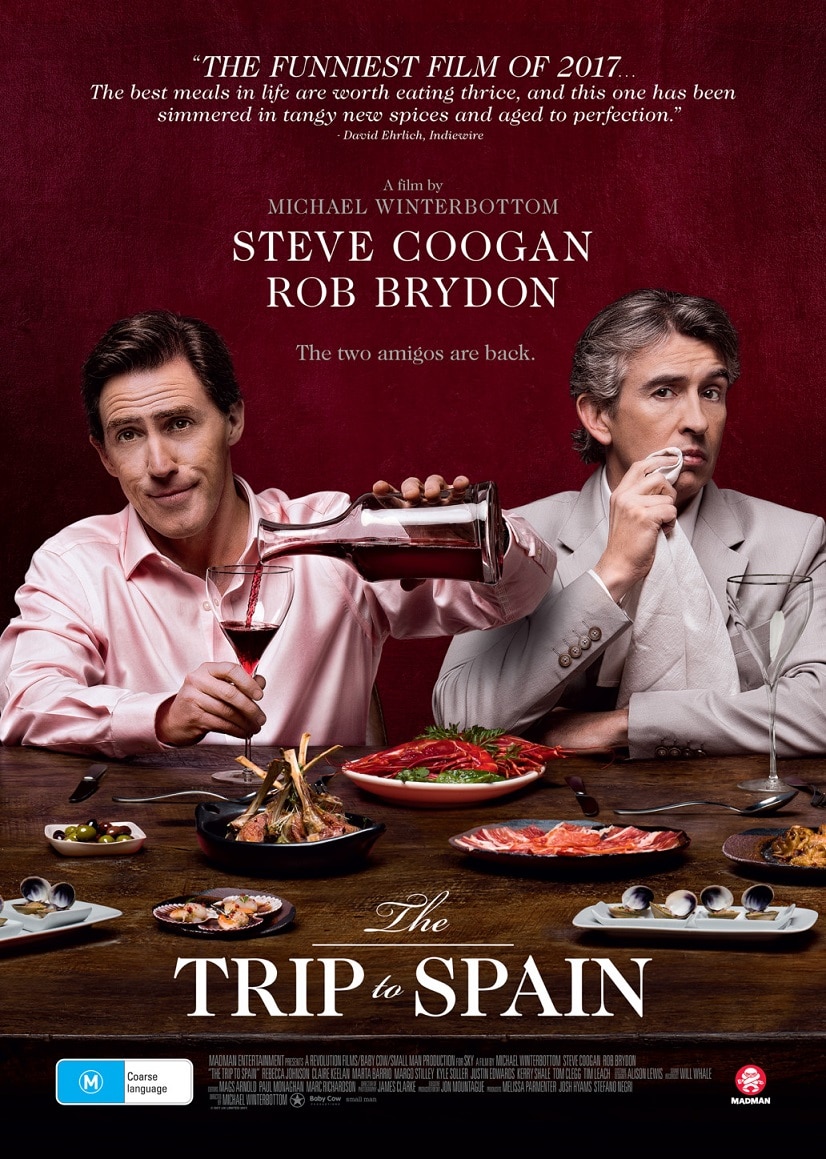 THE TRIP TO SPAIN

Screened at the 20th Spanish Film Festival
Michael Winterbottom’s postcard to Spain reunites Steve Coogan and Rob Brydon in the third chapter of the series The Trip.
They pick up where they left off in The Trip to Italy and continue with semifictional, spouse-free raconteurial ramblings and a tour of some of the best restaurants in Spain for the UK’s Observer. Their hilarious travelogue and improvisational riffs on parenting and enduring middle age take place in spectacular locales such as Cantabria, the Basque region, Aragon, Rioja, Castile-La Mancha and Andalusia.
If listening to multi-talented performers and mimics, Rob Brydon (Lock, Stock and Two Smoking Barrels) and Steve Coogan (Philomena), riff on Mick Jagger doing an impression of Michael Caine over a sun-drenched, al fresco lunch in Spain takes your fancy, then The Trip to Spain has you covered.

REVIEWS:
**** Rottentomatoes rating: 88%
**** ‘A jaunty, funny, entertaining personal and geographical journey, brushing up against moments of truth that can sting.’ ~ Jason Bailey (Flavorwire)