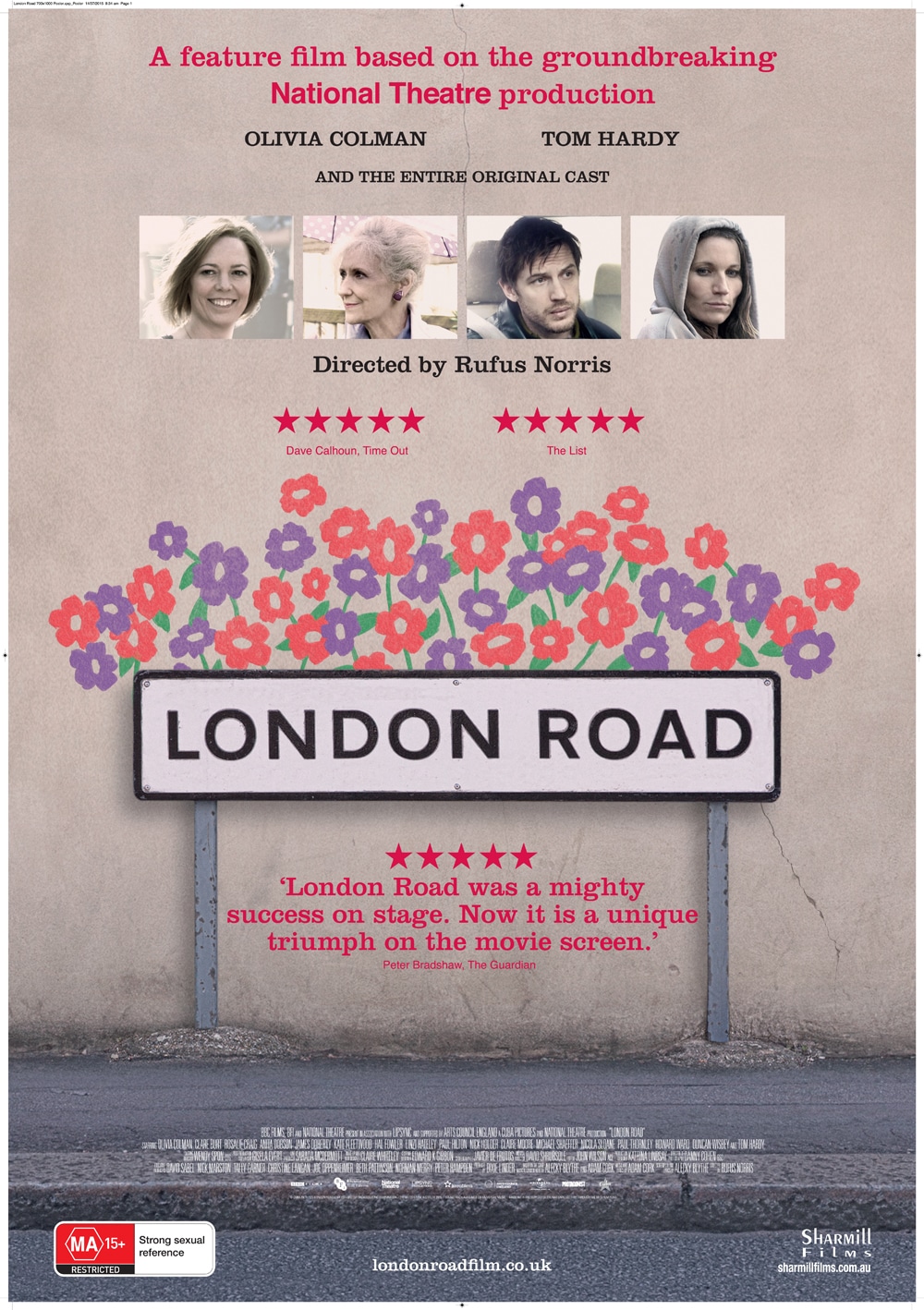 Hailed as a remarkable, ground-breaking work during two sell-out runs at the National Theatre, the feature film adaptation of London Road reunites the award winning team, with script by Alecky Blythe, music by Adam Cork and directed by Rufus Norris (Broken).

London Road documents the events that shook Suffolk in 2006, when the quiet rural town of Ipswich was shattered by the discovery of the bodies of five women. The residents of London Road had struggled for years with frequent soliciting and kerb-crawling on their street. The film follows the community who found themselves at the epicentre of the tragic events. Using their own words set to an innovative musical score, London Road tells a moving story of ordinary people coming together during the darkest of experiences.