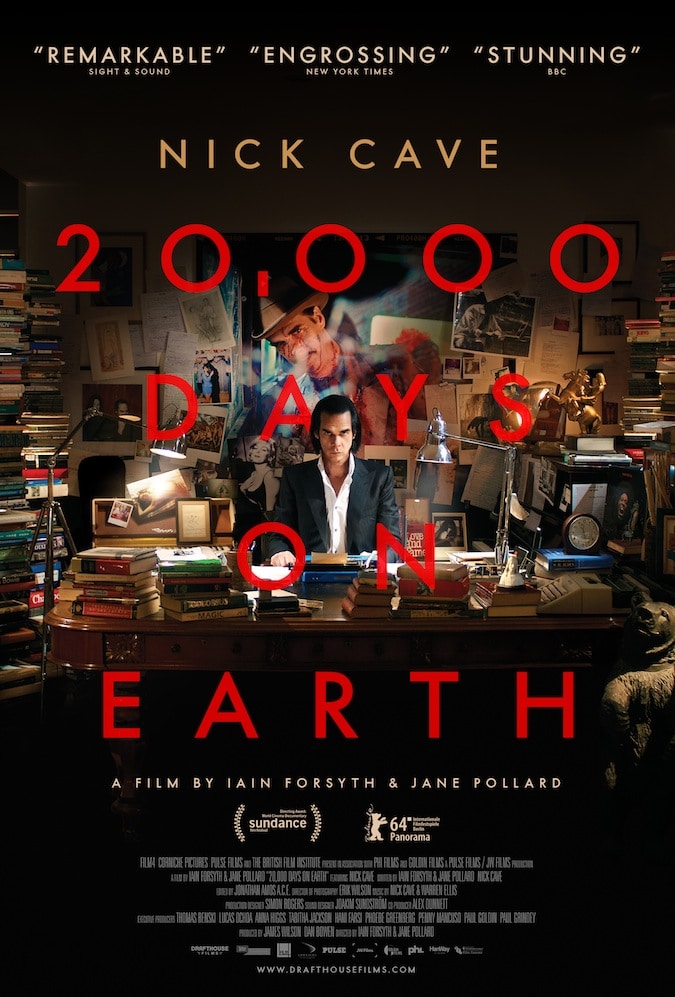 Drama and reality combine in a fictitious 24 hours in the life of musician and international cultural icon, Nick Cave. With startlingly frank insights and an intimate portrayal of the artistic process, the film examines what makes us who we are, and celebrates the transformative power of the creative spirit.

20,000 DAYS ON EARTH is an inventive, lyrical ode to creativity featuring the musician and cultural icon Nick Cave. The film fuses drama and reality by weaving the journey of a fictional day in the life of the rock star, with an intimate portrayal of his artistic process. It is the debut directorial feature film by innovative visual artists Iain Forsyth & Jane Pollard and is set to an original score by Nick Cave and Warren Ellis.

Simply astounding, razor sharp, dynamic… This innovative study of Nick Cave playfully disguises itself as fiction while more than fulfilling the requirements of a biographical documentary.
-Rob Nelson, VARIETY

Adults $12, Arts Hub Members $10, Youth $7
Book online or from the box office half an hour before the screening.