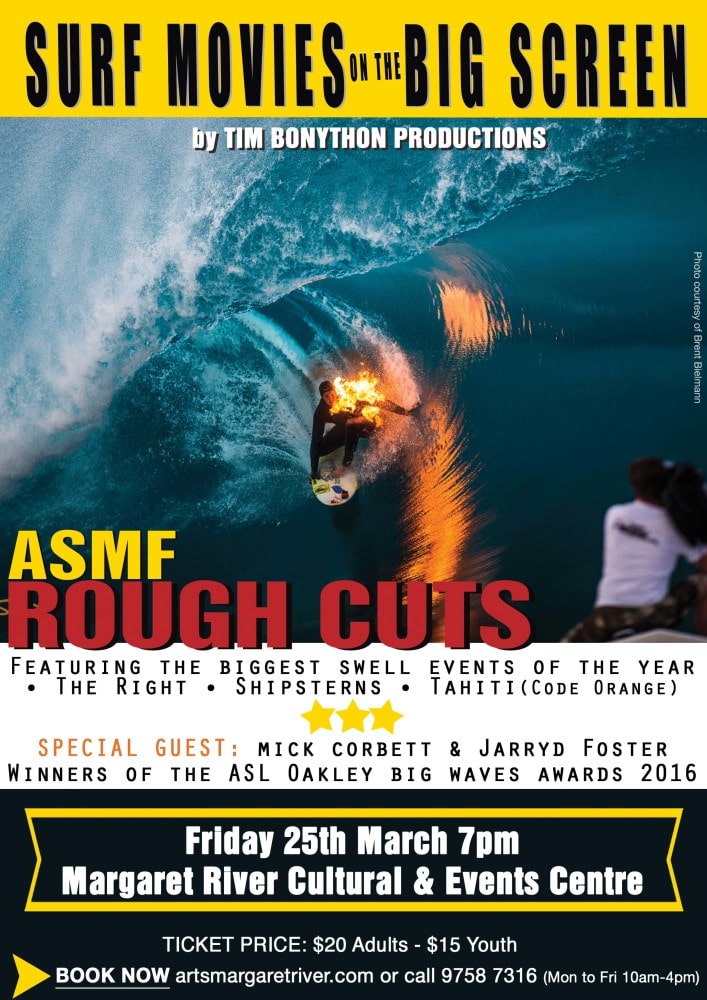 Filmed and Directed by Tim Bonython.

In my 40 years’ career chasing monster swells, 2015 has been so far the most exciting year.
Early in the Aussie winter season, we had what they called the Swell of the Century. It formed in the Indian Ocean and fanned its energy across Indonesia, Australia to Fiji & Tahiti then filtered thru to Central America.
The most intense amount of energy was directed to South Western Australia, so off I went to document The RIGHT, where it was HUGE & beautiful.

Then in May was my first trip back to Tahiti. I have filmed 4 swells there in 3 months.
Just getting one good swell there in one year is pretty normal but four swells is really unheard of. Plenty of historic moments like the way Teahupoo served them out was amazing. Waves were ranged from 10 to 40 feet! Where the finale was called a mini Code Red or Code Orange, starring the world’s best goofy footer Owen Wright plus Dean Bowen, Damien Hobgood, Nathan Florence (with his BOMB) & the local stars Matahi Drollet & Matehua Tetopata, just to name a few.

My swell chasing will not be complete without documenting one of my favourite slabs, Shipsterns Bluff, with its infamous “step” and impressive wipeouts! I had the opportunity to record two great swell events featuring talented local surfers, Tyler Hollmer-Cross, James McKean and top blow in’s Laurie Towner, Mick Corbett as well as Mick Fanning.

2015 has proved to be an epic season. So we have put together a series of hot off the press documentaries called Rough Cuts, featuring some of this years greatest moments in big wave surfing.