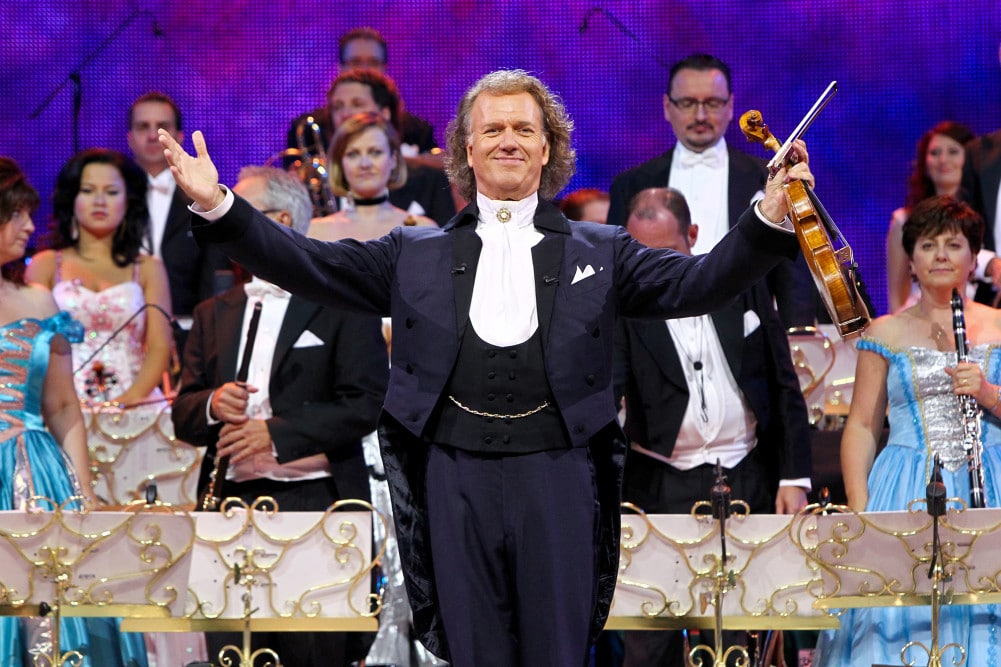 Affectionately known as ‘The King of Waltz’, André performs a series of concerts in his home town of Maastricht, in The Netherlands every year. The concerts are performed in front of thousands of fans and are set amongst the beautiful medieval backdrop of his beautiful home town of Maastricht. As always, André is joined by his famous Johann Strauss Orchestra, his sopranos, tenors and some very special guests. The Maastricht concerts are André’s most popular concerts of the year and 2015 is shaping up to be his biggest and most spectacular concert ever to be screened in cinemas.

The Maastricht concerts are so special and so unique with the atmosphere in the town square heightened by both the enormous crowds and the many restaurants lining the square, who all take part in this magnificent event.

When asked if André had a message for his fans around the world, he said: “I am so delighted that my hometown Maastricht concert will once again be coming to cinemas in July! It’s going to be an incredible evening – and I can promise you it will be a musical night to remember. If you can’t join us in Maastricht, we will come to you, in your local cinema.”

The programme will feature a host, who will introduce the show as well as conduct an interview with André the moment he steps off stage, exclusively for cinema audiences.

The concert is approximately 3hrs including a 15 minute interval.