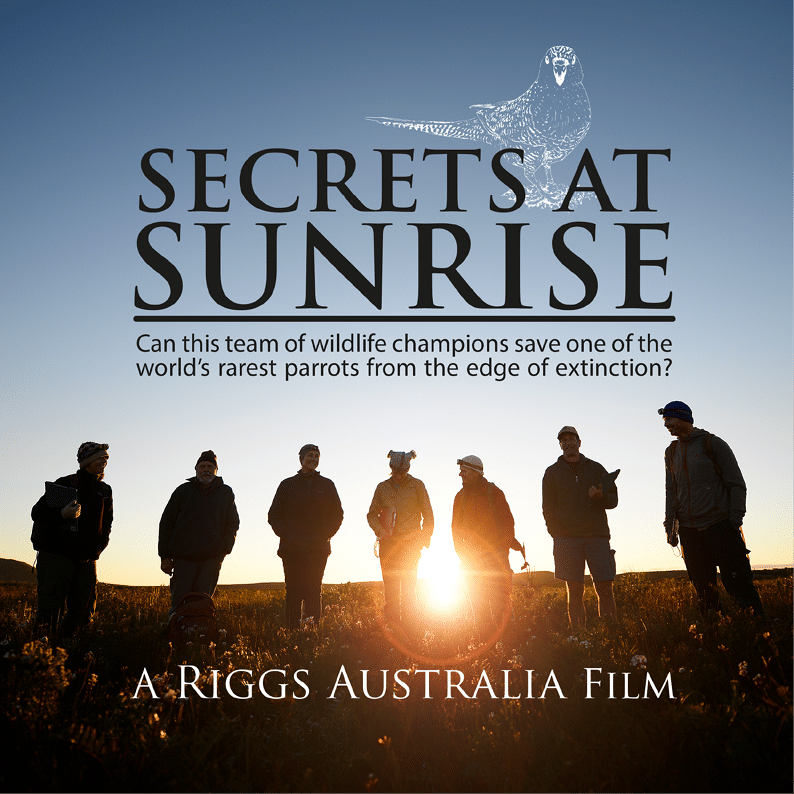 In the grips of the biggest wave of extinctions the earth has ever faced, can a team of wildlife champions bring back one of the world’s rarest parrots from the brink of extinction?

Filmed entirely in Western Australia, this documentary tells the fascinating story of a team of conservation experts and dedicated volunteers working together to save one of the world’s rarest birds, the Western Ground Parrot.

The film captures the challenges of working in remote environments trying to save a cryptic bird which wasn’t photographed in the wild until 2004 and whose numbers are likely less than 150 individuals; an enigmatic parrot that chooses to live on the ground, generally only making its presence known when it calls at dawn and dusk.

Western Australian filmmaker Jennene Riggs has spent the past three years following the team from remote Cape Arid National Park where the only known population of the critically endangered parrot was almost wiped out by devastating bushfires, to Perth Zoo where attempts are under way to breed the birds in captivity.

Part proceeds from ticket sales will go to Friends of the Western Ground Parrot Fundraising Campaign.

For more information go to http://www.secretsatsunrise.com/