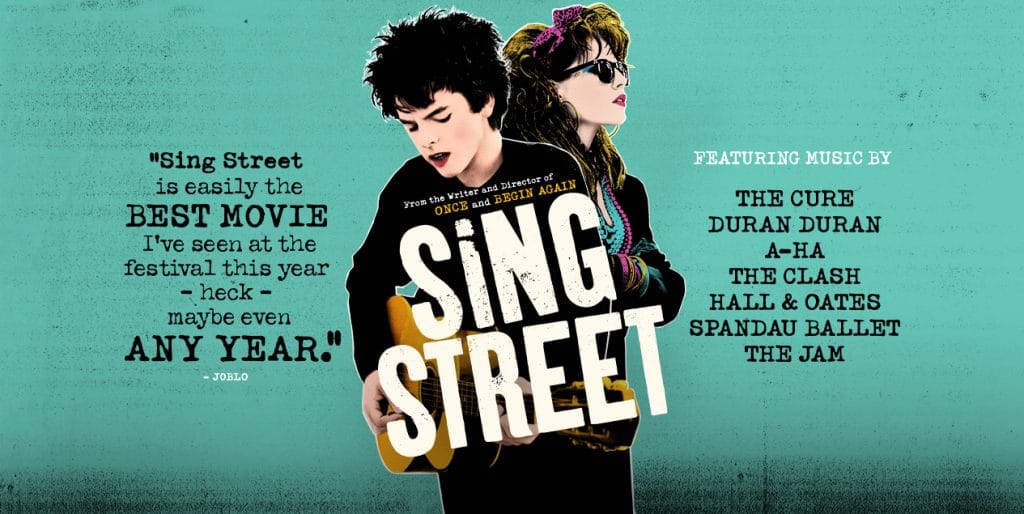 Sing Street tells the story of a 14-year-old named Cosmo growing up in 80’s Dublin who must break free of a home strained by his parents’ relationship and money troubles, deal with his drop-out older brother’s antics, and survive a new public school where the kids are rough and the brothers are tougher.
Cosmo writes a song, forms a scrappy band with some school mates to impress the mysterious girl he likes, writes more songs, and shoots some wicked music videos. How to shoot pop videos in a recession ridden country? Beg, borrow and steal. And steal.
But when he realizes he can’t save his family, he must make a family of his own.

‘A delightful film that is almost impossible to watch without a smile on your face.’
~ Bill Goodykoontz