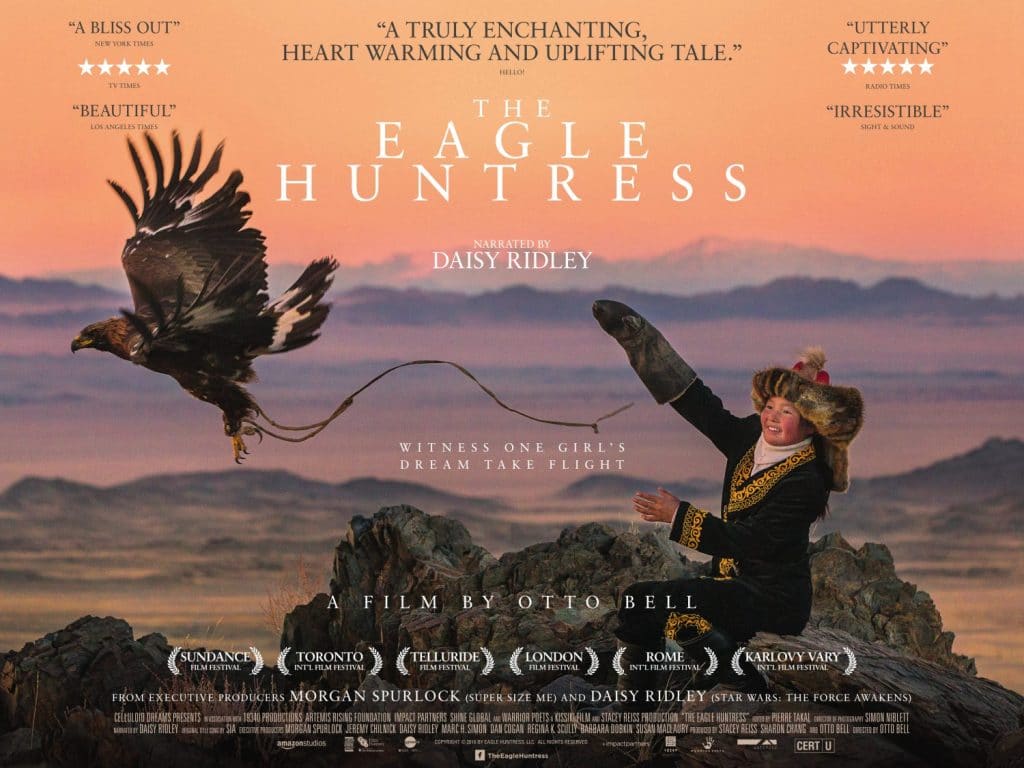 The spellbinding true story about a 13-year-old girl on an epic journey to gain victory in a faraway land.

Aishol-pan, a 13-year-old girl, trains to become the first female in 12 generations of her Kazakh family to become an eagle hunter and rises to the pinnacle of a tradition that has been handed down from father to son for centuries. While there are many old Kazakh eagle hunters who vehemently reject the idea of any female taking part in their ancient tradition, Aisholpan’s father, Nurgaiv, believes that a girl can do anything a boy can, as long as she’s determined.

REVIEWS:
**** ‘As this inspiring documentary proves, girls can do anything, including becoming the first female eagle hunter in the 1,000-year history of her family’s tribe.’ ~ Sandie Angulo Chen (Common Sense Media)
**** Rottentomatoes.com rating: 92%