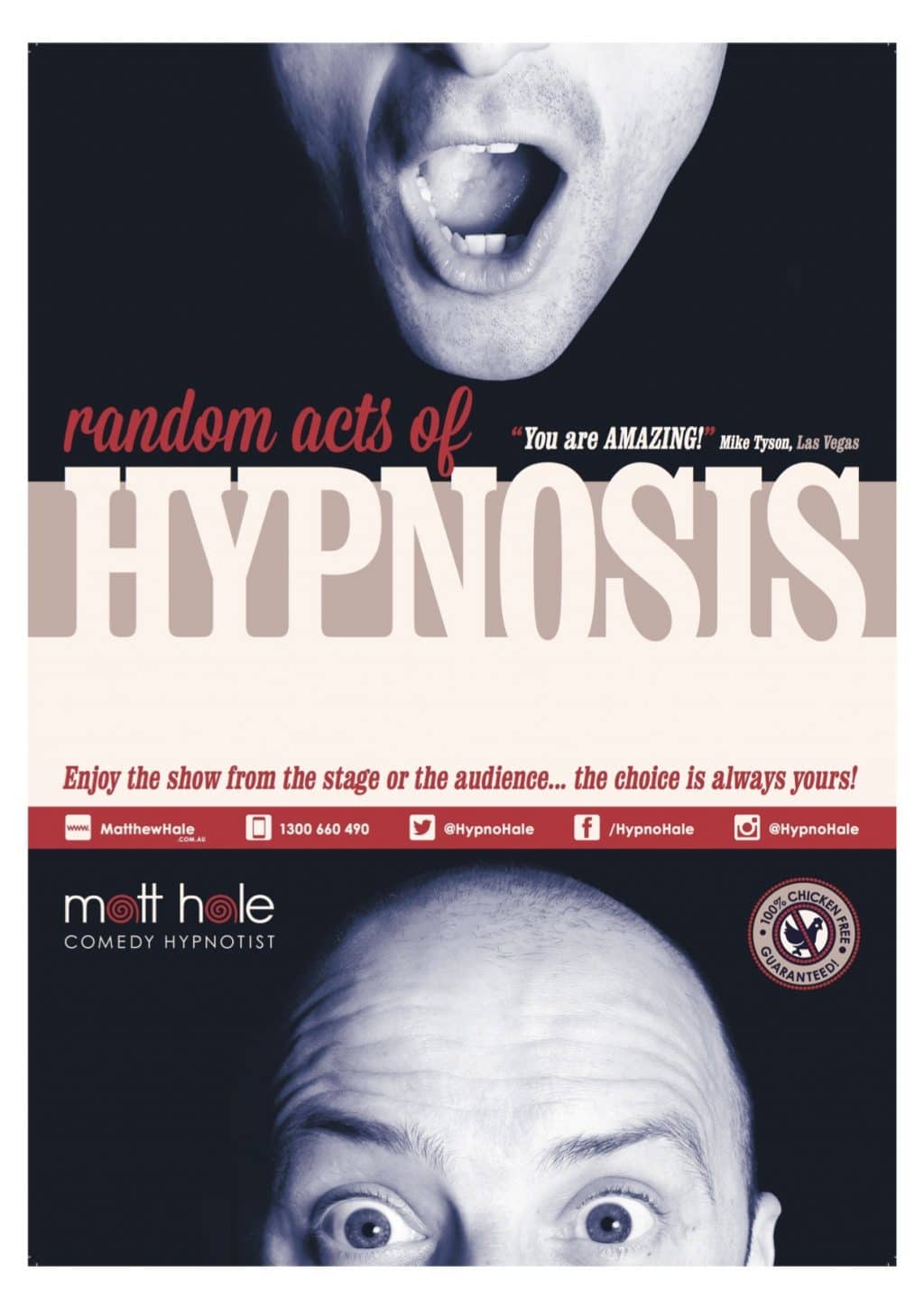 Winner of 3 national comedy awards, Matthew Hale is a professional stage hypnotist based in Australia.
Having hypnotised people around the world from London to Vegas (where even Mike Tyson told him ‘You are AMAZING!’).

Combining the fun of total audience participation with the incredible abilities of the mind, Matthew turns the traditional hypnosis show on its head, highlighting the talents and creativity of the volunteers for big laughs instead of embarrassing them.
Expect to see hypnotised volunteers transported into bizarre car journeys, talking alien and unleashing talents they never knew they had.
This family friendly show is fast paced, funny and both audience and volunteers will have an amazing experience that they will remember for a long time.

In addition to his live shows, Matthew trains stage hypnotists in the USA, has released his own range of hypnosis CDs, and conducts group seminars on a variety of subjects including memory, stressbusting, motivation, weight management, and smoking cessation. He’s appeared in media as diverse as the UK’s tabloids, BBC, ABC, Today Tonight and has been included in the National Film and Sound Archive and Ripley’s Believe It Or Not.