The Listies Make You LOL! 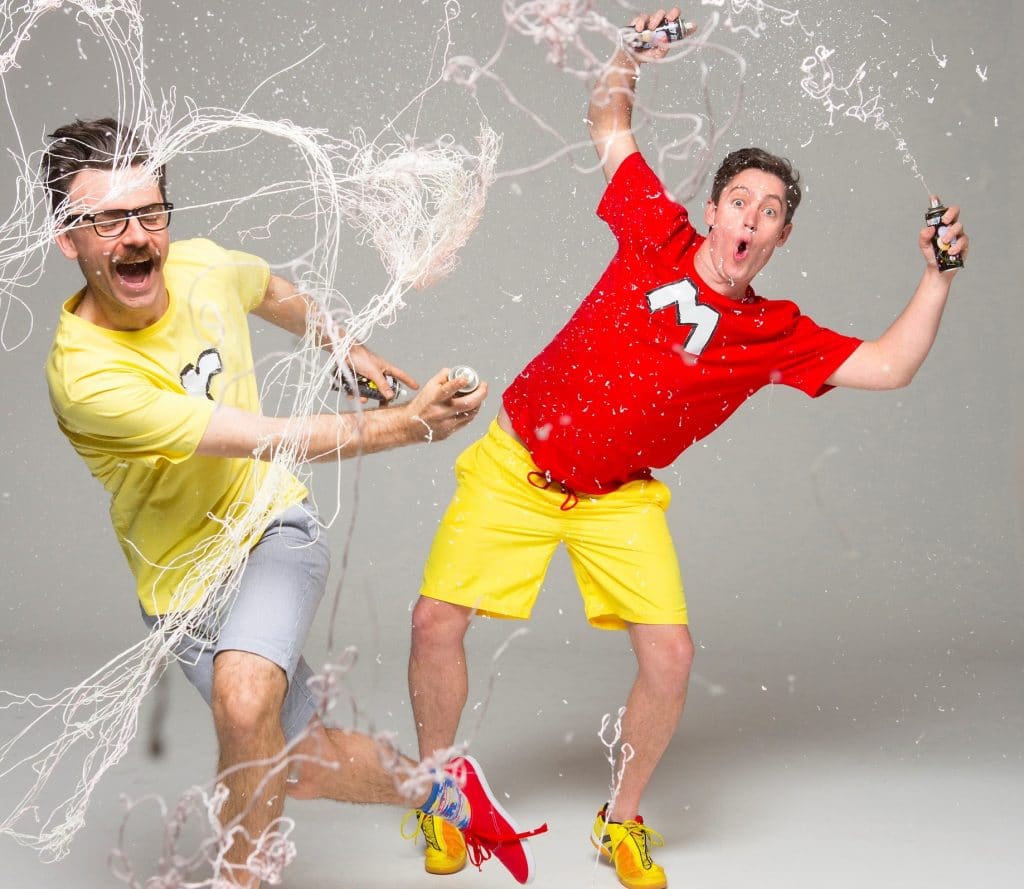 A few years ago Rich and Matt decided to shake up the world of kid’s comedy, and The Listies were born. Since then they have become Australia’s most sought after family comedians. Hilarious, messy and decidedly insane The Listies sold out shows all over Australia, NZ and the UK, delighting audiences and critics alike.
Imagine The Young Ones hosting Play School – if The Young Ones had downloaded two gigabytes of fart noises. LOL! features alien attacks, toilet paper guns, spew, the rudest word in the world and the most disgusting pair of undies you have ever seen in your entire life. The Listies Make you LOL! is raucous, unruly and guaranteed to have the whole family (even dads) LOLing, ROFLing and ROFLSHALBOWCOing.* Don’t miss it! (*Rolling On the Floor Laughing So Hard a Little Bit of Wee Came Out)
This show is rated S for Stupid.

Nobody else does comedy for kids this brilliantly, but what’s more astounding is that adults have just as much fun. The Listies occupy a dimension all of their own. ****1/2 The Age
***** Time Out
***** Fest Magazine (UK)
****½ Sydney Morning Herald
****½ The Age
**** Herald Sun
***** Threeweeks (UK)
***** Fringe Review (UK)
***** Broadway Baby (UK)
The Listies teach children that the theatre can be a wonderful and exciting place. If your kids have never been to the theatre before, do them a favour and make this their first experience. It’s something they will never forget.**** The Scotsman (UK)
If the Wiggles are the Eagles then The Listies are the Sex Pistols. Dave O’Neil, The Age
They know all the right buttons to push to make the children shriek with laughter. The Guardian (UK).