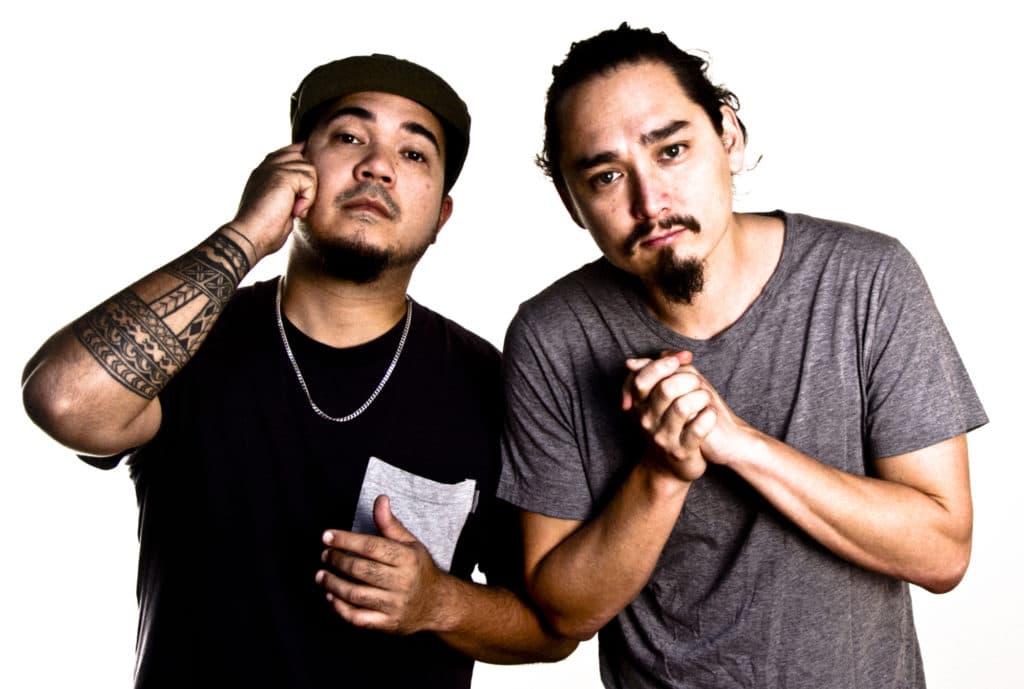 A breathtaking 70 minutes of beats, raps and storytelling

Two trailblazing stars of the Australian music scene survey the forces that have shaped their way.

TZU’s Joelistics and ARIA-nominated producer James Mangohig are icons of Australian hip-hop, but their family histories are as complex and layered as their lyrics. Both half-Asian, their respective heritages are woven through their experiences growing up in Australia.
From a nightclub-owning grandma in an open marriage to globetrotting parents with a political streak, the pair lovingly paint a canvas filled with failed proposals and religious strictures, casual racism and empowerment through music. Recommended for age 15+

“This is a hip hop show unlike any other. An Australian narrative challenging how you think, how you feel about society and its moral fibre.” 4.5 STARS – THE MUSIC

“The end result, which finds a beautiful balance between the personal and the political, the musical and the theatrical, is skilfully crafted and highly engaging.” 4 STARS – ARTS HUB

Doors and bar open at 7pm. Enter from the rear of the venue, closest to Glouchester Park parking bays.