Another World Documentary by Thomas Torelli 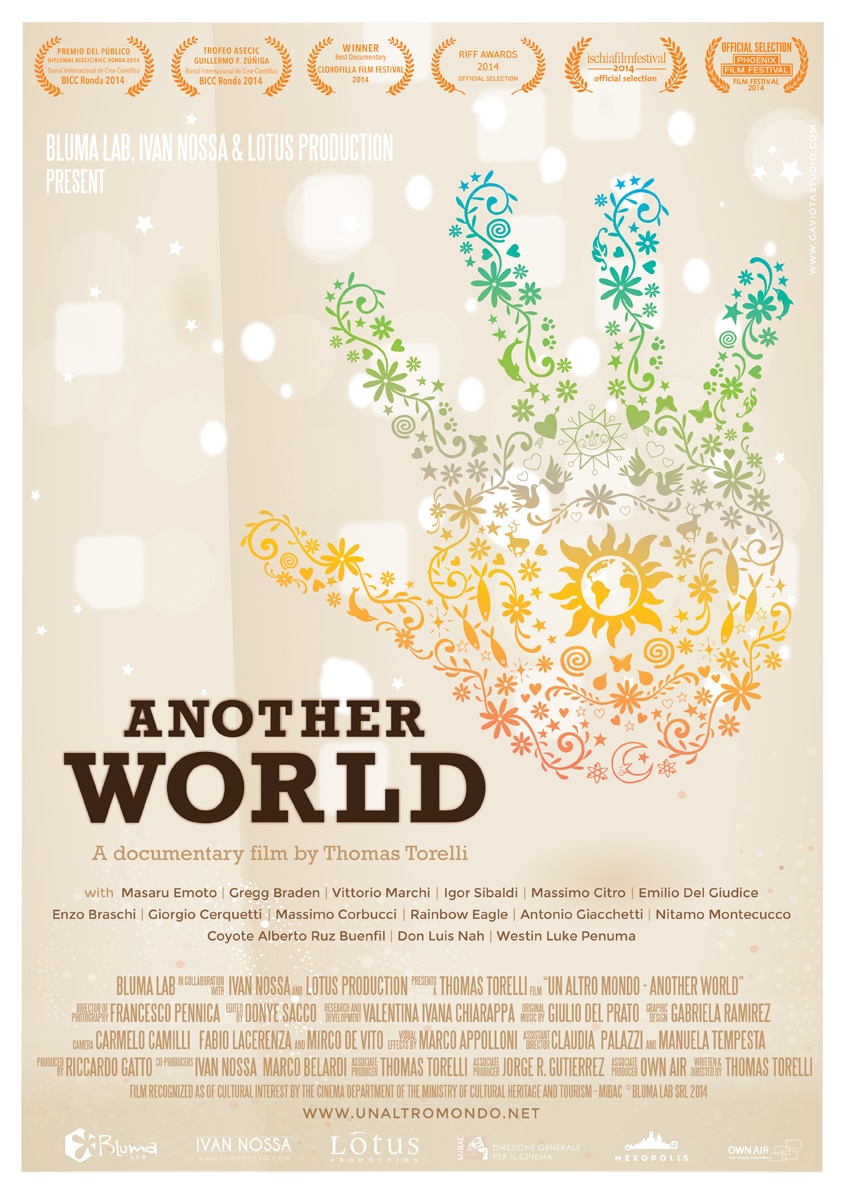 The film that will change the way you see the world.

A feature documentary about the journey of mankind to discover our true force and who we truly are. It is a quest through science and consciousness, individual and planetary, exploring our relationships with ourselves, the world around us and the universe as a whole.

We believe the awareness unveiled in the film will open the doors to a new way of interpreting reality and give rise to an audience of individuals that become active, conscious agents of life, creating a better and brighter future for the present and future generations.

It demonstrates how connected we really are and how unnatural today’s sense of separation really is as opposed to the understanding of unity and oneness found in many ancient traditions. It’s a transcendental pilgrimage of repossession and empowerment, affirming our place in the universe and asserting mankind as a conscious mankind with real power as individuals and as a collective to create our own reality.

“In the film we will try to tell the story of how mankind – by focusing on a certain type of lifestyle – has lost his way, and in order to find himself again, will have to look behind him (into past cultures) and forward (into the science that increasingly confirms ancient wisdom)…..” Director Thomas Torelli