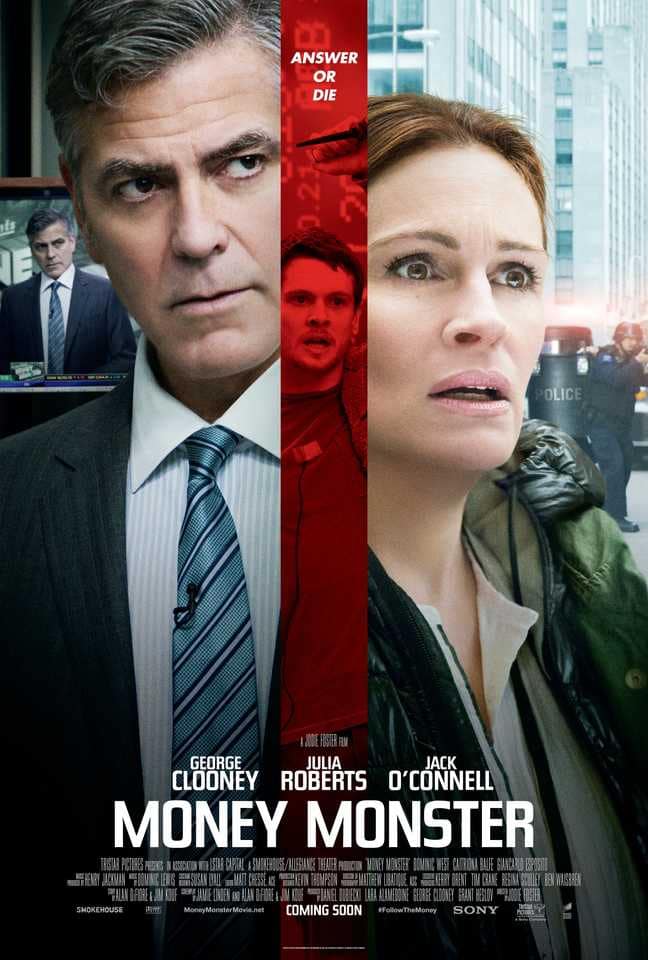 Lee Gates is a Wall Street guru who picks hot stocks as host of the television show “Money Monster.” Suddenly, during a live broadcast, disgruntled investor Kyle Budwell storms onto the set and takes Gates hostage. He tells Lee that he lost everything on one of his tips. As Gates tries to plead with Kyle, he’s also using an earpiece to communicate with his longtime producer in the control room. Together, they must figure out a way to defuse the situation and disarm the angry young man.

‘It’s the movie of the moment, an expertly made, state-of-the-nation entertainment that also underscores just how little most of us know about the behind-the-scenes shell game.’
Stephanie Zacharek – Time