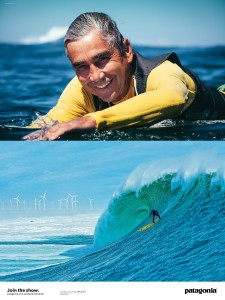 THE MORE THINGS CHANGE
Gerry Lopez first surfed Uluwatu in 1974. The fabled Balinese wave was pristine, magical, and empty. Gerry returned to Uluwatu 40 years later to find it bustling, developed, and a different scene.  After a week of surfing and yoga, however, Gerry tapped into a spirit of place that will endure.

THE FISHERMAN’S SON
Ramón Navarro found his passion riding the biggest waves on the planet. But his accomplishments in giant surf are just one part of a bigger vision to protect the culture and environment of the Chilean coast. Watch The Fisherman’s Son, recently named Best Film at the 2015 Allianz Portuguese Surf Film Festival.