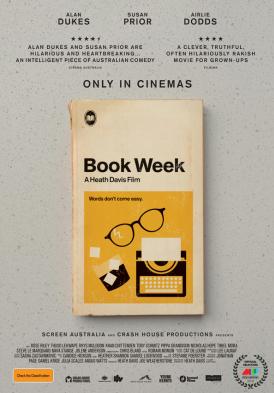 Filmed in the Blue Mountains, Book Week is a shaggy dark comedy about a disgraced novelist turned English teacher trying to find redemption.

For generations, dressing up for Book Week has been an Aussie school tradition. But for high-school English teacher Nicholas Cutler (Alan Dukes), it’s the week from hell. Once a literary ‘enfant’ terrible, and now simply a terrible man, he’s now struggling to instil a love of reading in teenagers who’d rather toy with their phones and dress up as movie superheroes. Trying to roll with these bad new times, Nicholas has penned a trashy zombie story. He’s tantalisingly close to a literary comeback – but it’ll be at the expense of his students, colleagues and long-suffering family. Will this be the week Mr Cutler finally has people’s backs, not paperbacks?

Doors open 30 minutes before screening time. Enter from the rear of the venue, closest to Gloucester Park parking bays.